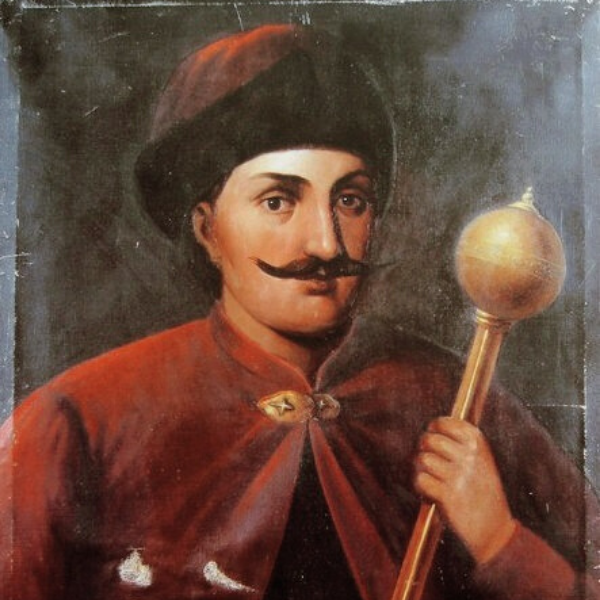 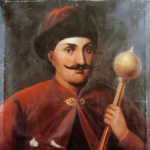 Vyhovskyi, Ivan Ostapovych, of the coat of arms of Abdank (appr. 1608 – 03/27/1664), Ukrainian military, politician, and statesman, Hetman of the Zaporozhian Army. He came from an Orthodox noble family. He had a good education. He probably studied at the Kyiv Brotherhood School or at the Kyiv Mohyla College.

He began his military career in the Polish Commonwealth (Rzeczpospolita) Army. Captured by Tatar troops during the Battle at Zhovti Vody, he was redeemed by B. Khmelnitsky, after which he became his closest ally and got the position of the general clerk. He headed the General Office – an important body under the Hetman, responsible for administrative and military affairs.

In 1658 he concluded the Treaty of Hadiach with royal representatives, which discussed, in particular, the creation of the Grand Principality of Russia. In 1569 he defeated the Moscow army in Konotop battle.

Under the pressure from the Cossack opposition, he relinquished the power of Hetman, joined to serve the Polish king, and held governments in Volyn, Podillya, and the Kyiv region. On suspicion of supporting and facilitating the anti-Polish uprising, he was arrested, deprived of his rights, and executed. There are several versions of the burial place of I. Vyhovsky and his wife: in Skit Manyavsky in Ivano-Frankivsk region, in the Yosypitsky monastery (now Yosypovychi village, Stryi district, Lviv region), or in the family estate in Ruda village (Zhidachiv district of Lviv region).

On October 27, 1657, it was at the Kyiv Epiphany Monastery that Archbishop Lazar Baranovich consecrated the Hetman Kleinodes and offered them to newly elected Hetman I. Vyhovsky. Under the Hadiach Treaty, the Kyiv-Mohyla College received the same privileges and rights as the Krakow Academy had: that of the second higher education institution in Central Europe after Charles University.